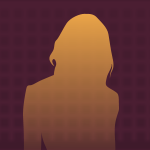 Why is the Adult Timeline so different from the Decline Timeline?


1 reply to this topic

I'd like to discuss why the adult timeline went in such a different direction from the decline timeline.

First, let's take it as a given what is told by Hyrule Historia: the decline and adult timelines started out exactly the same, with the only difference that the Hero of Time was defeated in the former, and disappeared in the latter.

Second, in both timelines we see that Ganon's evil starts to "leak" out shortly afterwards. The Seven Sages' Seal was only strong enough to contain Ganon "for a brief time" (Hyrule Historia, page 93). In the Decline Timeline, the Sages are able to seal the Sacred Realm (in the so-called Imprisoning War as told in the backstory of ALttP). In the adult timeline, nobody is able to stop Ganon, and the goddesses have to intervene (as told in the backstory of TWW).

Why should this be? Surely the sages' power is the same in both timelines. Furthermore, in the decline timeline Ganon has the entire Triforce, so why does he fail to escape here? Whereas in the adult timeline, he only has the Triforce of Power, yet succeeds in escaping.

Here's part two of the theory. The reason the Knights succeed in the decline timeline is because the Hero is among them. This could either be the Hero of Time, or the spirit of the hero reincarnated. (It depends on whether you think the Hero of Time was killed when Ganondorf defeated him.) In the adult timeline, the spirit of the hero was sent away, and could not be immediately reincarnated. Zelda failed to choose a new hero, since she didn't anticipate that Ganon would escape from the Sacred Realm so quickly. By the time the people prayed for a Hero, it was too late. A Hero has to be chosen by the gods from birth, and then wait until he is old enough.

Would love some critiques. I must be forgetting some details of the battle in TWW - I know it's partially depicted in the "frozen in time" Hyrule. I'm also forgetting whether the Hero is chosen by the Gods, or by Zelda, and where exactly I've read this before.

So the difference between the Adult Timeline and Decline Timeline isn't so much whether Link wins or loses, it's whether the Hyrule Knights win or lose. I really like this theory. I've always thought that it's strange that a loss in just one game spawns a timeline split, but at least this makes some sense, because it wasn't just the loss, it was also the Knights. I really need to read up on LttP and maybe even LBW.